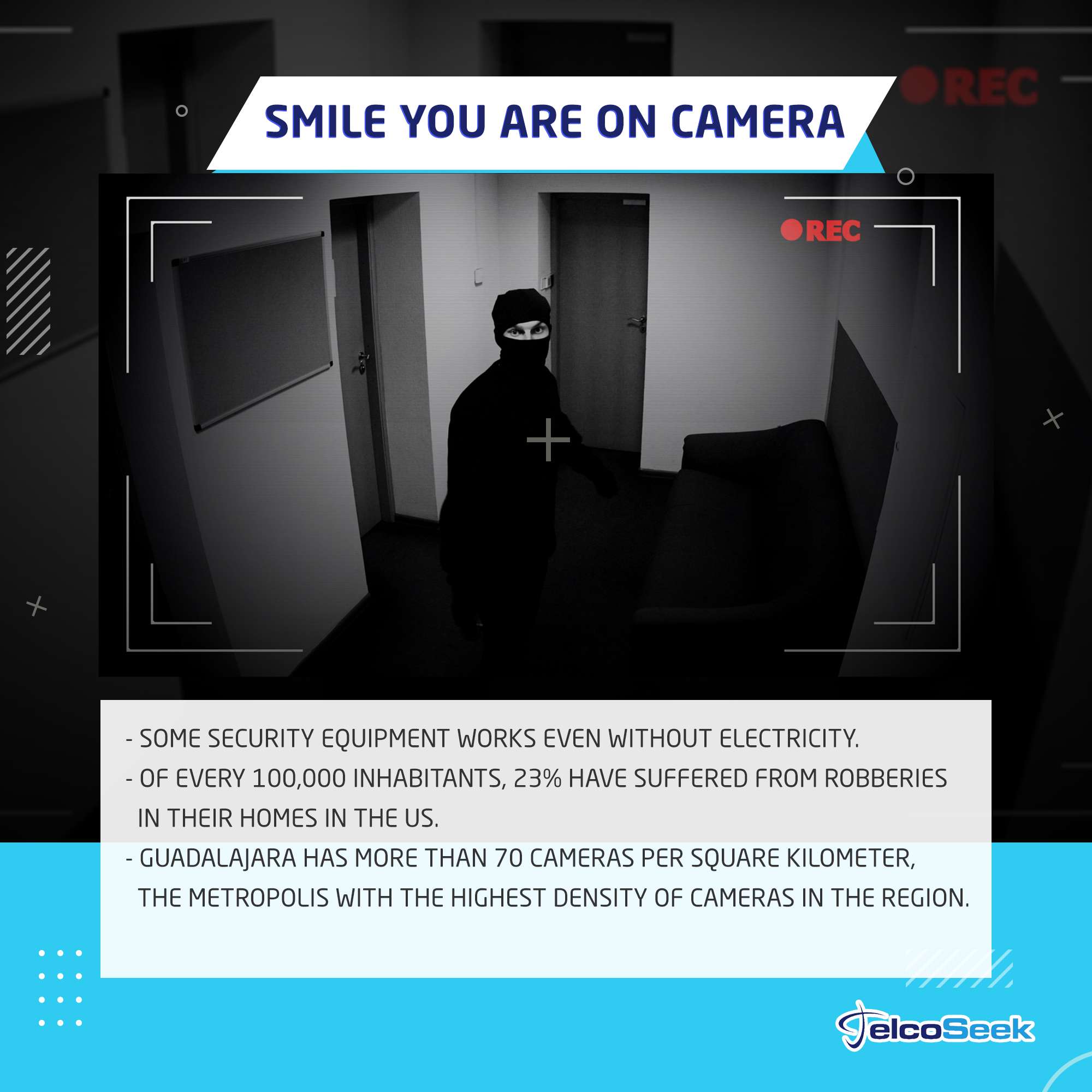 The last 2019 report of the United States crime rate statistics by Statista published on October 19, 2020, by Rosa Fernandez says that for every 100,000 inhabitants in the United States, if we add the number of crimes committed related with the houses of people related to crimes against the property of others, home thefts and home invasion, add up to a total of 4188, which means 23.87% of those 100,000.

The result of these types of events that generate negative statistics in the population is that there are companies that have developed surveillance camera technology. Technological security companies have developed a very important strategy: Technological security for homes, companies and businesses. They have done so through new security systems that combine visual information from video cameras with data captured by different types of sensors that provide high security.

The effort of families, companies and business models that have made over the years to invest in their belongings televisions, electrical appliances, computer technology, tablets, household appliances, or all their office equipment. They know they are unprotected in the face of this security. They have gave these technology companies trust and that is why the security of both their homes and businesses are protected.

An EU initiative has developed cutting-edge technology to help prevent vandalism and terrorism, control costs and save lives. This digital transformation technology was developed more and more when the terrorist attacks occurred, in 2004 the placement of bombs on trains in Madrid, in 2005 in the London underground, therefore Europe was forced to reinforce security in many of its infrastructures.

Closed circuit television (CCTB) has existed for many more years, but these cameras have many limitations to detect suspicious or strange behavior, which is why more sophisticated technologies are necessary to avoid this type of tragedy.

A project financed by the EU (Suspicious and Abnormal Behavior Monitoring Using a Network of Cameras & Sensors for Situation Awareness Enhancement) SAMURAI “has developed a more intelligent and advanced control system that detects suspicious behavior in real time by controlling a vast network of cameras that, in addition to CCTV, uses several sensors that collect different types of data that, taken together, allow a more complete reading of reality to be obtained”

Artificial intelligence also allows “current security systems based on CCTV to analyze the video image according to a series of predefined rules that give rise to a considerable number of false alarms.

SAMURAI among one of its developments, are the systems that determine abnormal and acceptable behavior according to the indications of the system operators. The innovative surveillance system tracks objects and people through the vision of multiple cameras and with different lighting levels, relying on shapes and movement patterns to identify people. It has a variety of sensors such as mobile and fixed audio and video recorders that are installed on security equipment to improve surveillance.

The technology focuses on delivering real-time images and provides security personnel with continuous, context-based information. System operators can also “train” the system using feedback in such a way that it does not generate false alarms. SAMURAI enhanced the capabilities of CCTV, enabling fast, adaptive and intelligent security surveillance. People will ultimately be able to feel safer and more secure in public spaces.

This is an example of a very complete development, however the most accepted security systems in the United States in the market as well as in Latin America is ADT with simple but very advanced technology and that you can have within reach through your cell phone. With a simple application this allows you to be aware of what is happening in your home or business wherever you are, and the peace and security that it can give you after all the investment that a person has made of their belongings is worth investing in them, because it is cheaper than doing everything again if you suffer an accident.

We have this system for the security of your home or business, contact us at: 480-999-5480 or visit our Services page.